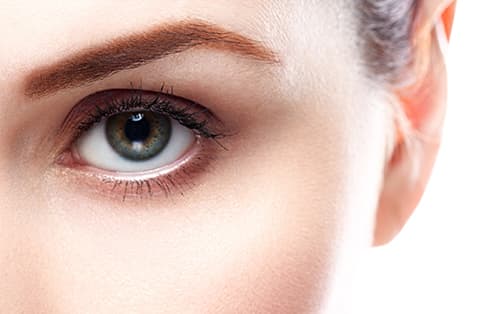 Hereditary factors and the signs of aging can greatly impact the appearance of our eyes so that what they reflect is not really how we feel. Eyelid surgery, technically called blepharoplasty, is a surgical procedure to improve the appearance of the upper eyelids, lower eyelids, or both. The goal of blepharoplasty is to diminish the amount of excess or sagging skin, muscle, and fat.

If you are bothered by upper eyelids with excess, drooping skin that makes you appear sad or angry, or by eyes that look tired due to puffiness or bags, eyelid surgery may be right for you. Insurance often covers upper eyelid surgery.

Rejuvenation of the face involves restoring your youthful features. Aging eyelids are often the most noticeable, but are frequently accompanied by drooping brows. A brow lift can improve the appearance of the facial region between your upper eyelids and the scalp. Modern techniques include small incision procedures that are performed in our state-of-the-art surgery center.

Laser resurfacing, a chemical peel, and BOTOX® injections can be performed in conjunction with blepharoplasty to further tighten and smooth the skin.

Ptosis is a medical term for drooping of the upper eyelid, which may block the pupil and obscure your upper field of vision.

If you have had ptosis since birth, it is called congenital ptosis. However, if you acquired it later in life, it is usually a result of aging, trauma, muscular or neurologic disease. It is not uncommon for a patient to develop upper eyelid ptosis after cataract surgery. Ptosis surgery elevates the upper eyelid to restore your full field of vision.

If your eyebrows or forehead sag pushing excess skin down onto your upper eyelids, this is called brow ptosis. We can perform a brow or forehead lift to restore normal position and give a smoother appearance to your skin.

If you have an eyelid that turns out or sags, this is called ectropion, which leaves your eye exposed and irritated and often causes excessive tearing.

Entropion is just the opposite – the eyelid turns in causing the lashes to rub against the eye and can be uncomfortable.

Surgery to repair ectropion and entropion usually returns the lid to its normal position and relieves the irritation.

To learn more about this procedure and the other cosmetic procedures offered at Frantz EyeCare visit FrantzCosmeticCenter.com.